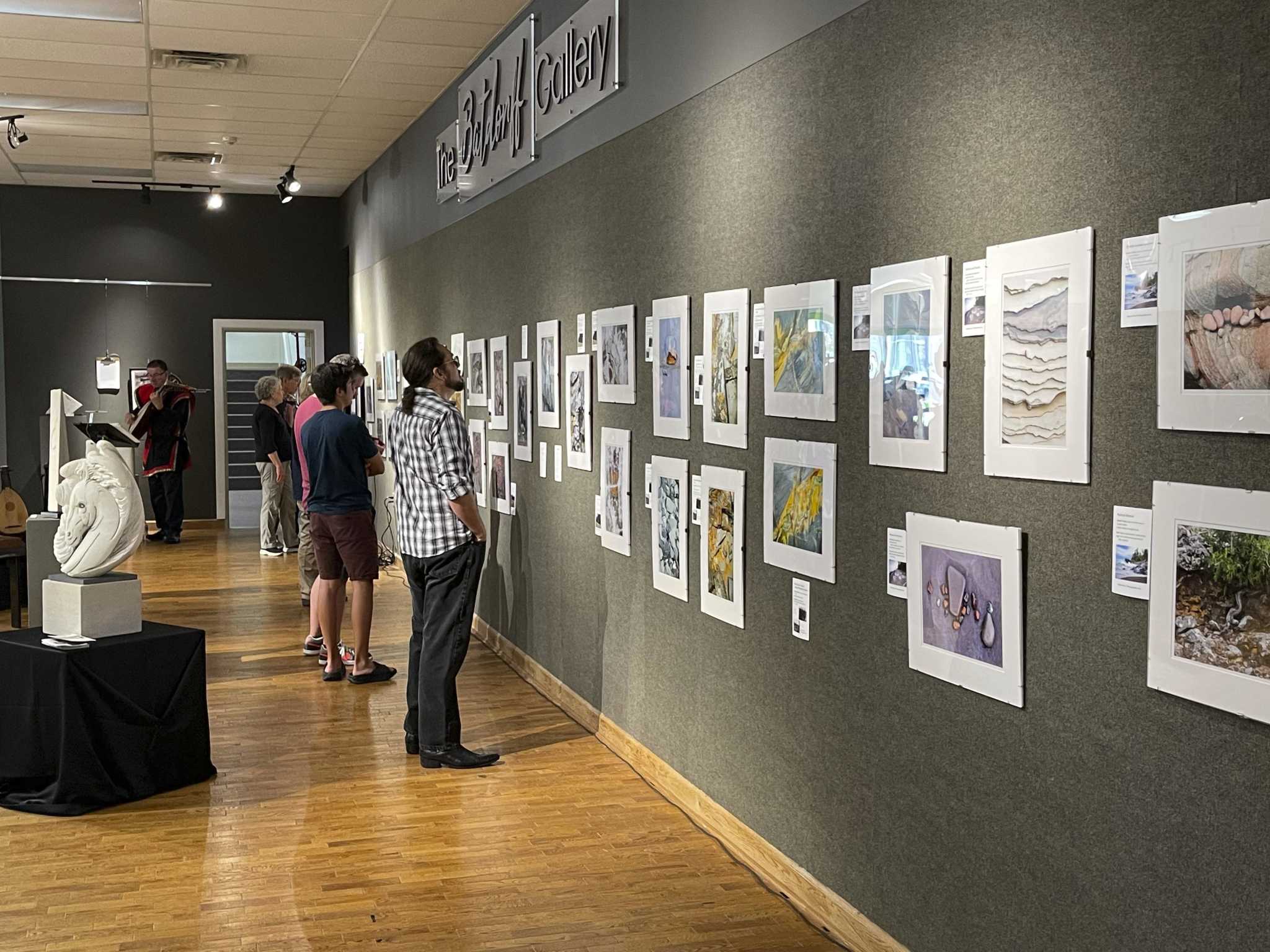 The pieces come from the Upper Peninsula; Photography, sculptures and drawings made from and inspired by rocks.

Ross is a naturalist and nature photographer; his work was collected over a period of three years. He said he captures the uniqueness of abstract art, geological exposures of the upper peninsula.

“I see patterns more often than motifs, so I came up with so many patterns for the show,” said Ross.

Ross’ interest began in 2004 when he participated in an abstract art exhibition.

Ross hopes his imagery will instill an appreciation for the rocks and the geological times and forces that have shaped the landforms of the Upper Peninsula that we pass without realizing. He mentions that his works include lithoscapes, pareidolias and mimetolites.

“The oldest rocks in this collection of UP geological photographs are from the Neo-Archean Precambrian era about 2.7 billion years ago,” said Ross.

Another featured artist, Autumn Bildson, is a stone carver. For over 20 years she has been creating art for personal use, for sale or for the personal artistic request of a customer.

Bildson has worked on fireplaces, decorative architectural elements, and sculptures.

She said it was all about the expression.

“So many people have no expressive way to express themselves in harmless ways,” said Bildson. “You have to explore something, take a drawing class, to learn about composition, value and color.”

The last artist in the show, Julie Tyslicky, created art of one kind or another in Michigan for much of her life. She said her work is all based on rocks.

“I can find them in my garden or Lake Superior. My husband and I have a side-by-side buggy, ”said Tyslicky. “The compromise is that while the buggy is in motion it stops a few times and I pick up stones by the lake. Then I take them home, polish them and put them in a bowl.”

Tyslicky told all emerging and inspiring artists to keep practicing, there is no magic pen, no magic brush, magic is your desire to want to do it and your practice.

The Geology Rocks exhibition is open now through August 26th.

Abstract art: the creation of a visual language that is free of any direct connection to the objective object.

Pareidolia: The tendency of the mind to interpret an object viewed by an observer in another form. Examples of recognizable shapes in clouds or the stars and faces or animal shapes to an inanimate object.

Mimetolites: Rocks tend to take on the shape of other objects such as animals and faces during weathering, erosion, or formation.