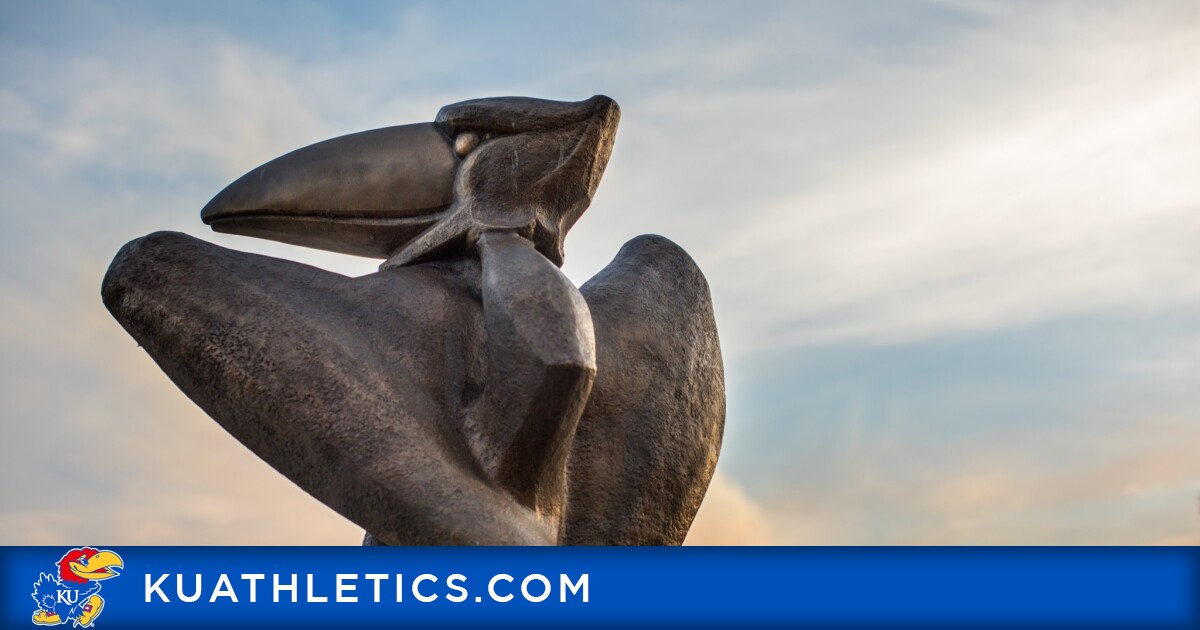 Booker joins KU after serving as Senior Director of Corporate Partnerships and Broadcast Sales for Kansas City Royals since 2014. Booker brings back over 24 years of professional experience to Lawrence.

“Jason Booker is a preeminent leader in the sports business with a long track record of growing brands, generating revenue, driving traffic and building partnerships,” said Goff. “As a KU scholarship holder, Jason has a passion for the university and is committed to a shared vision for our athletics programs. He will play a critical role in sourcing the resources that will fuel the pursuit of our student-athletes in the classroom, community, and competition. I am very excited to welcome Jason, his wife Susan and daughter Ava back to the University of Kansas. “

In his role with the Royals, Booker oversaw the day-to-day functions of the corporate partnership sales and activation teams, as well as media sales and affiliate sales for the Royals Radio Network.

Prior to joining the Royals, Booker was Executive Director and General Manager for Jayhawk IMG Sports Marketing for seven years. In his role at Jayhawk IMG Sports Marketing, he oversaw the daily corporate partnership program and operational functions with the University of Kansas, including the Jayhawk Radio and TV Networks, on venue, digital, print sponsorship and advertising rights for Kansas Athletics head coach.

Prior to joining IMG College, Booker was general manager for Action Sports Media at the University of South Carolina and the Colonial Life Center. He previously worked as an Account Executive for Learfield Sports at the University of Oklahoma and was Assistant Director of Marketing in the TCU’s Athletic Department. In addition to his role at IMG, Booker served as an adjunct professor in the sports management program at the University of Kansas.

Corcoran represents the KU as Senior Woman Administrator at the NCAA and the Big 12 Conference, oversees NCAA governance issues and contributes to the university’s position on new NCAA laws. Corcoran is the Title IX point of contact for the athletics department and works closely with the University’s Title IX coordinator. Corcoran provides administrative oversight for the KU women’s basketball, volleyball, men’s and women’s golf, athletics and cross-country skiing programs and works with all 16 sports on the behavior and accountability of students and athletes. She is the liaison with Kansas Team Health, the partnership with the University of Kansas Health Systems and Lawrence Memorial Hospital, which is responsible for the health of student athletes. Corcoran leads the development unit for students and athletes, also known as KU LEADS.

“From the moment I arrived in Lawrence, Nicole has shown herself to be an outstanding administrative director and dedicated Jayhawk,” said Goff. “Their commitment to improving the lives of our student athletes and serving our coaches and programs is inspiring, and the depth and breadth of their work can be felt across the department and across the university. She has been a trusted member of the KU Athletics administration team for 12 years and I am delighted with her continued development and impact. “

Corcoran joined KU after serving as press officer and communications director for then-governor of Kansas, Kathleen Sebelius, from 2002 to 2009. Corcoran was Director of Public Information for Sebelius from 1999 to 2001, while Sebelius served as State Insurance Commissioner.

Corcoran graduated from Washburn University in 1993 with a bachelor’s degree in communications with a focus on public relations. After graduation, she worked in the community relations / marketing department at Stormont-Vail HealthCare in Topeka before moving to the insurance commissioner’s office. Corcoran is a member of Women Leaders in College Sports and serves on the State Board of Big Brothers Big Sisters.

Pierce is moving to a newly created position after his work as Assistant Athletics Director – Compliance & Interim Chief Diversity Officer. In this new role, Pierce will step away from compliance responsibilities to lead all diversity and inclusion initiatives for Kansas Athletics and to work with student and athlete development in KU Leads. This will ensure inclusive excellence and development efforts for all student athletes through programs and education to promote and engage an inclusive atmosphere.

As head of the Diversity Leadership Council, Pierce will lead the development of the educational program and training curriculum for student athletes and staff. In addition, he will work with Human Resources and lead the Diversity Recruitment Committee to ensure the targeted recruitment of under-represented demographics with the aim of creating a more diverse and inclusive workforce in the athletics industry.

“Paul’s commitment and passion for improving our diversity and inclusion efforts is evident every day,” said Goff. “This new position and our increased commitment to diversity and inclusion will provide Paul with the platform and support needed to further influence our student athletes, coaches and staff in the coming days. He is a serving director who cares deeply about the University of Kansas and we look forward to strengthening his work. “

Born in Kansas City, Missouri, Pierce earned his bachelor’s degree from KU William Allen White School of Journalism and his master’s degree from Kansas State College of Education. Pierce is a member of the National Association of Athletics Compliance (NAAC), the Minority Opportunities Athletic Association (MOAA) and is a founding member of the Athletics Compliance Elite (ACE) Mentorship Class from 2015-16.